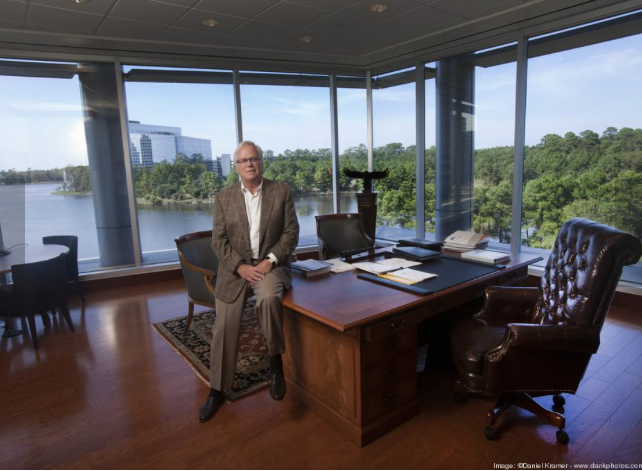 Patrick Mullen has been named to succeed Asherman, who has led CB&I for nearly 12 years. Mullen has been serving as COO of CB&I since September. CB&I is based in the Netherlands but has its administrative headquarters in The Woodlands.

Asherman led CB&I during its transformation from a specialty tank subcontractor to a global technology and energy infrastructure corporation. During his tenure, he was a 2015 recipient of the National Safety Council’s Green Cross for Safety award, helped create a global Women’s Leadership Network, committed to hiring veterans, and supported historically black colleges and universities through scholarships, internships and recruitment of graduates for professional and technical opportunities. Click here to read The Business Journal Interview with Asherman from 2015.

Mullen joined CB&I in 2007 through the company’s acquisition of Lummus Global. Before being named COO in 2016, Mullen served as executive vice president of the company and president of CB&I’s Engineering & Construction operating group.

“It has been a great honor to lead CB&I for almost 12 years, and I am proud of the many significant accomplishments the company and our employees have made in that time,” Asherman said in a May 18 press release. “Pat has demonstrated tremendous leadership capabilities and has been an active executive partner in maintaining CB&I’s standards with our employees and our global energy customers. His technical and business credentials plus over 25 years of industry experience make him the right executive to lead CB&I into the future. I’m confident Pat will bring a fresh perspective on technology and innovation that will drive the company to even greater achievements.”

CB&I provides technology and infrastructure for the energy industry. Earlier this year, the company announced it would sell its Capital Services business to an affiliate of private equity investment firm Veritas Capital for $755 million in cash.

The deal is expected to close in the second quarter, and E. Chip Ray, executive vice president of CB&I’s Capital Services operating group, will continue to lead the business under Veritas Capital.

“The divestiture is part of CB&I’s previously announced strategy to optimize our balance sheet, and with the tax benefit, the resulting cash proceeds will significantly enhance our debt ratio and delever our balance sheet,” Asherman said in a February press release. “We expect an additional positive impact on our overall business by recognizing cost synergies and ensuring our business is more aligned with our long-term strategy and end markets.”

CB&I is the eighth-largest energy engineering firm in Houston, based on its 122 local licensed engineers, according to Houston Business Journal research.